A man in protective gear is hiding in a barrel in a pile of rubble in Grays Ferry when Quari, a small yellow lab, is let loose by her trainers. She jumps over piles of rocks and effortlessly glides over build-ups of wood. The dog navigates around the barrel, closing in on the scent she’s picked up. Then, she barks.

Quari has done her job.

The little labrador is one of a couple dozen dogs trained at the PennVet Working Dog Center, and on Wednesday she was one of several who showed off search, agility and location skills to a particularly interested crowd. It was Sen. Pat Toomey, R-PA, and Sen. Ron Johnson, R-Wisc., the chairman of the Senate Committee on Homeland Security and Governmental Affairs, which doles out funds to programs like this one.

“We’ve got all kinds of real security challenges,” Toomey said. “And there’s a real possibility we could be doing more. There have been hurdles, but we could expedite the training process or look for greater expansion.” 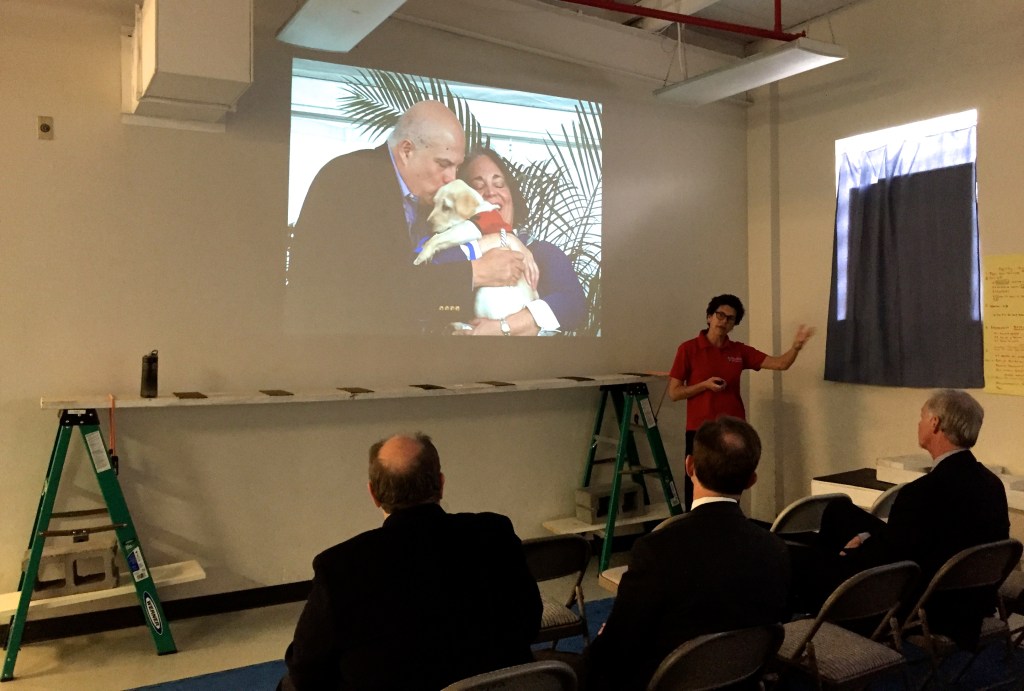 The Working Dog Center opened at Pennovation Works in Grays Ferry on Sept. 11, 2012 and was inspired by the 95 working dogs that contributed their minds and their noses on 9/11. Each dog that comes through the Working Dog Center is named after either a dog or a victim of the 2001 attacks.

This center is unique and one of the only facilities of its kind in the country in that it trains all kinds of working dogs: Ones that will eventually join police forces, ones that will become search and rescue dogs and even some that can be used for medical detection, or literally sniffing out cancer.

Executive Director Cindy Otto led the tour for the senators who were in town for campaign-related events — both face challenges to re-election in 2016 — and told them and their entourages about how the training facility brings in dogs for classes during the day and puts them through rigorous programming. It has high physical standards for the dogs and, when dogs enter the program, they first learn a little bit of everything.

“At eight weeks, we don’t know what they want to do when they grow up,” she said. “So we give them a ‘liberal arts degree.’ Some do police, some do search and rescue, others go into medical detection. It just depends what they show us.”

Otto, along with some of her colleagues who train dogs daily here before they graduate and are sold as working dogs, first showed the senators what amounted to a beginner agility course for the dogs. But instead of being like what you see during dog shows on Thanksgiving, these dogs were methodically and slowly taking steps up, down and around ladders and barriers. 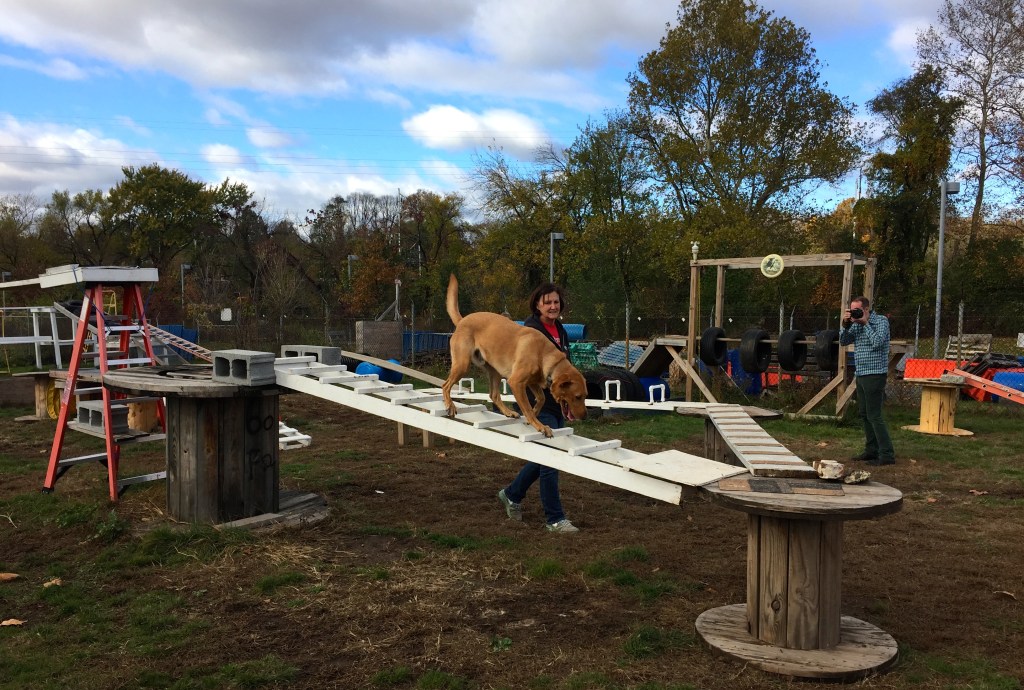 The group also checked out what amounts to a pile of rubble — rocks, dirt, an old car, barrels and oh, yeah, a school bus — which is where dogs train to search for people. The idea is to search, locate the person they’re trying to find, alert their handler by barking and lead their handler to the person. 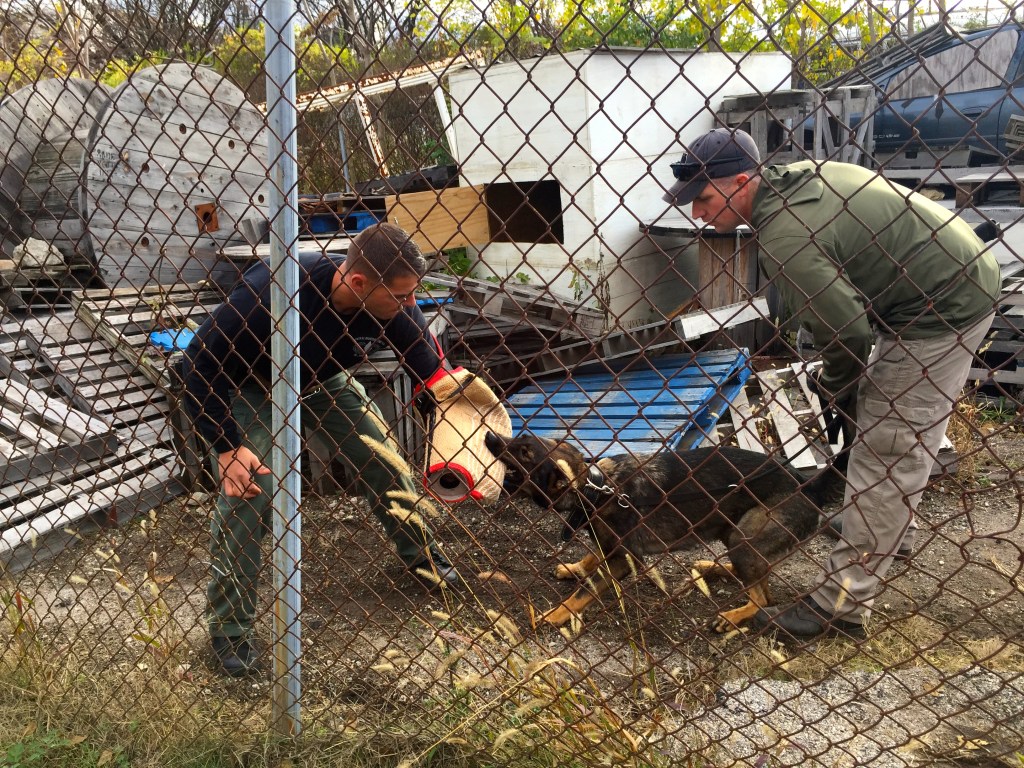 At the Working Dog Center though, instead of emphasizing violence and producing trained dogs, Otto said the group focuses primarily on research. For instance, the group is working to find genetic markers in dogs that could indicate which pups might be most successful.

They’re also working with medical doctors while they research medical detection techniques. At Penn and after other studies, they’ve discovered that dogs can sniff out ovarian cancer, one of the deadliest cancers for women in America, largely because it’s hard to catch in its early stages.

But in early trials, they’ve found that dogs can detect the cancer when it’s in early stages. In the UK, other trials are finding that dogs may have the ability to do the same for prostate cancer. And while there are simply too many tests done for ovarian and prostate cancer for dogs to sniff test every one, Otto said researchers are using the dogs’ abilities to try to replicate that and make electronic testing more efficient. 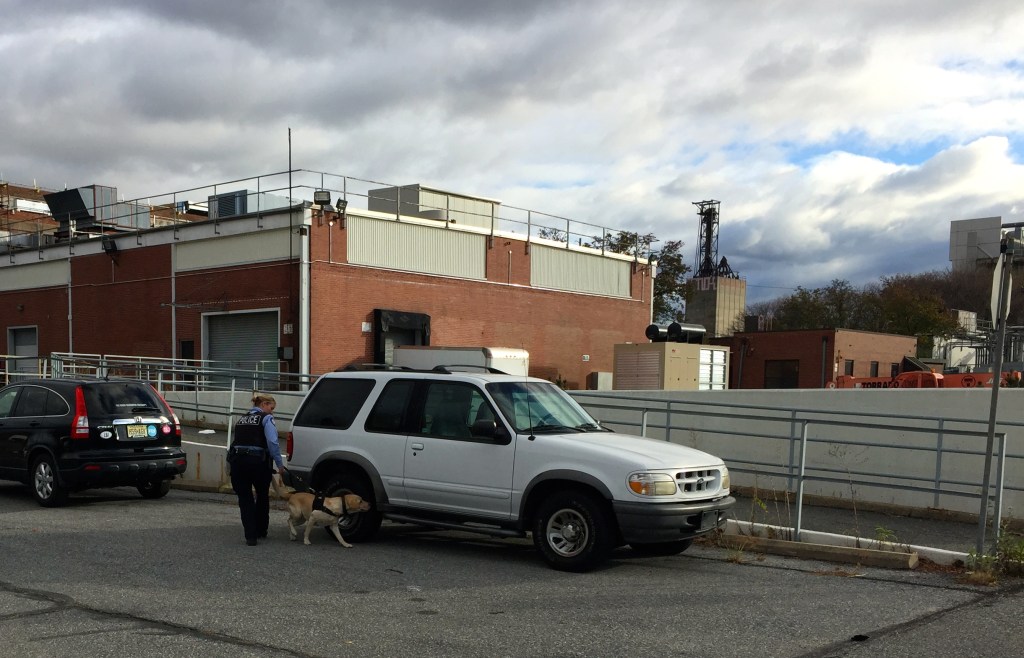 Most of the dogs in medical detection and at the center are labs and German shepherds, and while Otto said there are exceptions and other breeds can be used, these are generally the breeds used in the field for all sorts of types of detection. 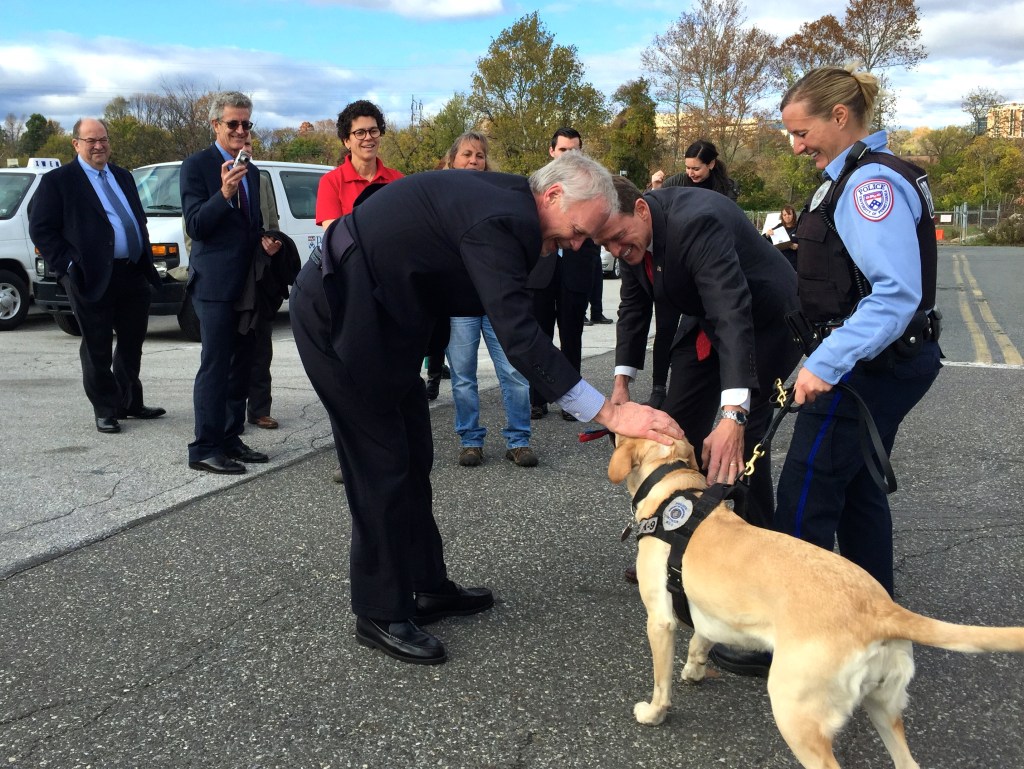 Johnson and Toomey both seemed receptive to the research the center was doing, as well as the dogs it was producing and handing off to law enforcement officials to use in the field. At one point, Johnson commented: “We need to get more dogs doing this.”