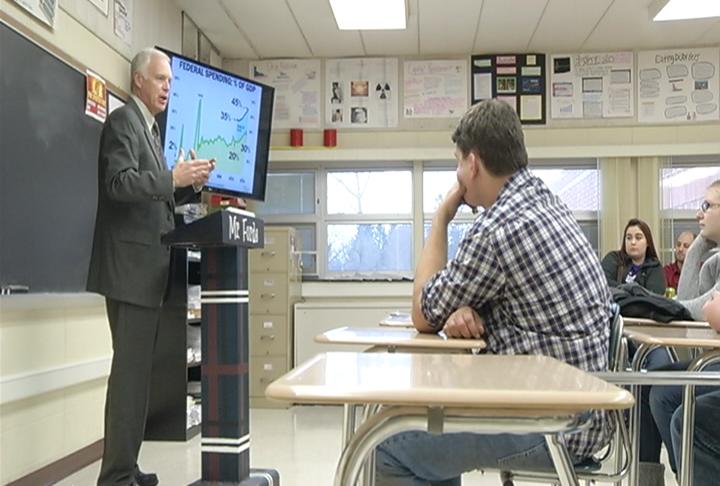 Johnson delivered a presentation on the increase in government spending over the last hundred years. Johnson told students to be careful taking on personal debt, and to consider multiple options for education after high school. Johnson said students should not be afraid to look outside four year colleges, and instead should consider technical colleges, junior colleges, the military, and factory work.

“This is a significant policy change, and one that really does deserve a full discussion, rather than have the president act unilaterally, which I think has really poisoned the well in terms of moving forward with the issue,” Johnson said about relations with Cuba.

Johnson was also critical of the Senate’s recent report on torture. “The problem had been known, it had been addressed, we should have moved on,” Johnson said. “I also think it’s very counterproductive to be signaling to your enemy what you will or will not do.”