The Veterans Affairs scandal has exposed a failing bureaucracy, so naturally Congress’s solution is to give the same bureaucracy more money. The underreported story is that taxpayers could end up paying $50 billion each year so Congress can claim to have solved the problem.

The Senate recently whisked through with only three dissenting votes a bill cobbled together by Bernie Sanders and John McCain that authorizes $500 million to hire additional VA providers, over $200 million to lease 26 medical facilities and an unspecified amount to contract private care for veterans who live more than 40 miles from the nearest VA or experience treatment delays. Minutes before the vote, CBO issued a “preliminary” estimate that private care would cost $35 billion over the next two years and $50 billion annually thereafter. This is more than Mr. Sanders had proposed to spend when he was pitching a Democrats-only bill earlier this year. 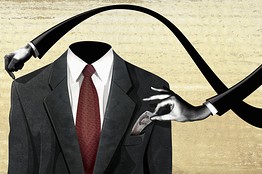 Majority Leader Harry Reid then rushed to vote on the Senate floor before anyone might notice this future tab. As CBO notes, the “magnitude of [the bill’s] budgetary effects is highly uncertain” because it’s unclear how many more veterans will seek care once they don’t have to drive four hours or wait three months to get it. Only 8.4 million of more than 16 million veterans who qualify for VA care are enrolled.

Nor is it clear how much more care veterans will seek. The VA doesn’t charge premiums, immunizations and preventative screenings are free, and out-of-pocket costs are negligible. Even the lowest “priority group” pays a mere $10 daily co-pay for inpatient care. The upshot of this all-you-can-eat buffet has been rationed care, which is the real cause of the VA waiting-list scandal.

The truth is that many doctors won’t treat patients at Medicare reimbursement rates, which the VA started paying in 2011 to curb costs. The VA Office of Inspector General and Government Accountability Office have also reported improper payments and claim delays in non-VA “fee basis care.” A March 2012 report by the OIG reported an improper payment rate of 12.4%, which is one of the highest in federal programs.

The Senate bill would create a new private-care option called “choice cards” that allow veterans to seek care from outside providers if wait or driving times are excessive. The trouble here, as the CBO notes, is “the specific parameters of the new program would depend on regulations that would need to be developed.”

As with existing private-care options, CBO “expects that VA would have difficulty in quickly setting up a program to contract for health care nationwide and in establishing administrative processes to approve care by private health care providers.” One reason is that the VA’s scheduling system, which hasn’t been updated since the 1980s, would be inundated with new patients and appointment requests.

CBO estimates the legislation will increase health-care demand by about 60%. The bill seeks to control costs by limiting veterans’ “choice” to Medicare providers, the Department of Defense, the Indian Health Service and “federally qualified health centers,” which provide preventive care to uninsured and low-income patients.

The budget gnomes estimate that parallel legislation that the House passed unanimously last week would cost $54 billion annually. The reason for the higher cost is that the House legislation clearly defines treatment delays as wait times exceeding 14 days. CBO expects “the combination of convenient location and streamlined access to inexpensive care” to increase demand for care by 75% and enrollment by 25%. But since the VA would reimburse private providers at Medicare rates, health-care access issues may persist.

What neither bill does is address the fundamental problem of excessive demand, which stems from the VA’s guarantee of virtually universal care at little to no out-of-pocket costs. This would involve increased cost-sharing, but that would mean reforming a government program through free-market incentives. Democrats oppose this, and Republicans are afraid to propose it.